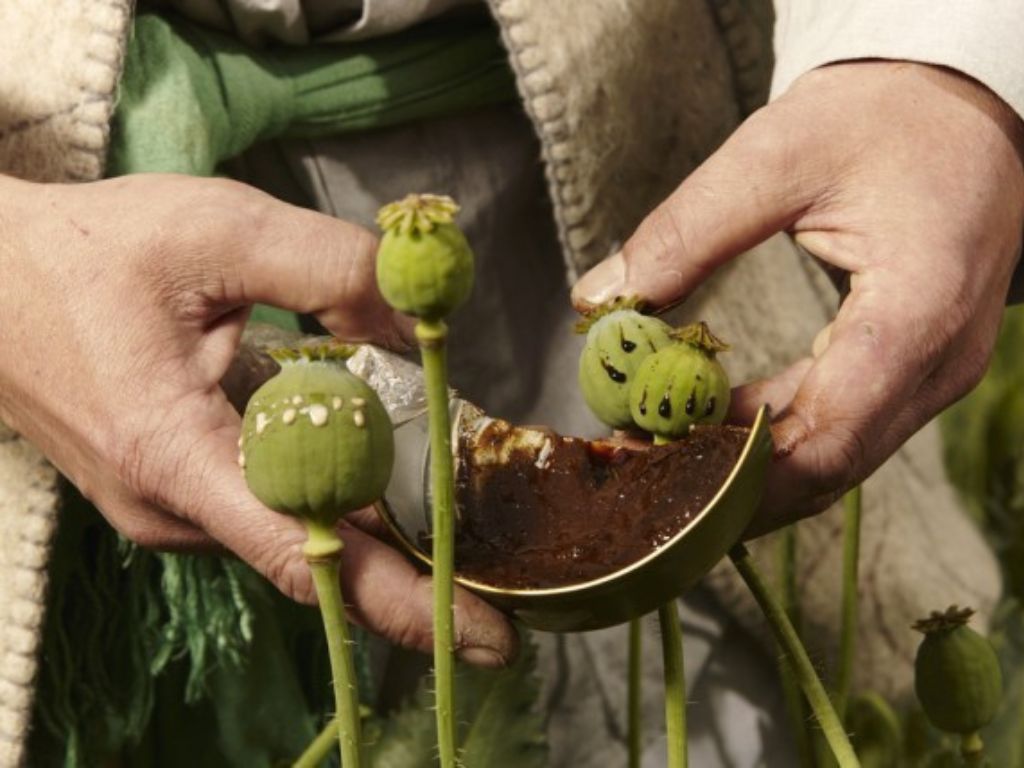 Could Opium Gum be the Solution to the Overdose Crisis?

The prohibitionist regime surrounding the adult use of drugs has had devastating impacts on individuals, communities, and entire regions, spurring corruption, deteriorating the rule of law, and resulting in numerous human rights violations.  The harms of prohibition have been broadly documented and yet, policy makers and politicians continue to uphold the status quo, even as policy innovations demonstrate a new and progressive way forward.

The illegal heroin market has dramatically transformed in the last few years, with the substitution or adulteration of fentanyl “poisoning” the market and spurring an overdose crisis tragically seen in the United States and Canada, among other nations. Within this context, as overdose deaths rise, the price of opium gum, as it is known before it is transformed into heroin, has fallen by 80% since 2018. This drop in prices directly impacts cultivating communities in Mexico, which use poppy crops as a complementary cultivation along with subsistence farming.

As researchers and advocates for drug policy reforms centred on people, human rights, sustainable development, harm reduction, pleasure, and social justice, we have been working in Mexico to highlight how opium gum could become one of several opiate-based products offered within a legal market that simultaneously combats the poverty of cultivating communities and prevents overdoses of people who inject drugs.

A brief history on the opium harvest 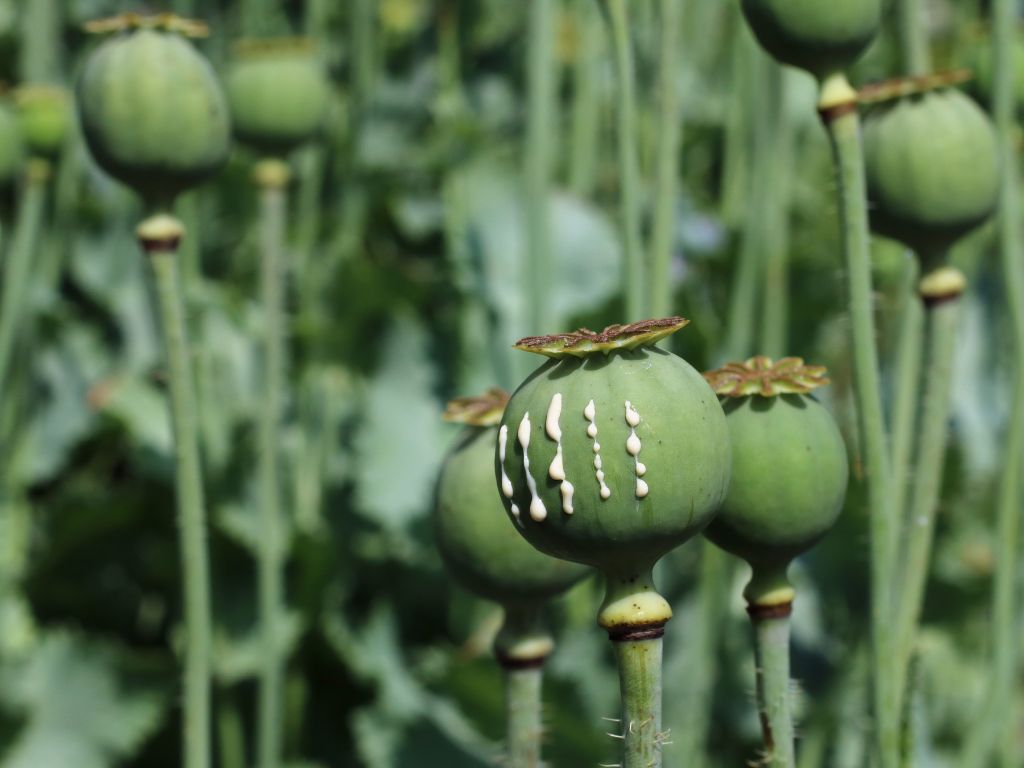 Opium use can be traced to prehistoric times. According to researchers, its cultivation dates back to the Neolithic Age, in the 4th millennium BC. Ancient civilizations consumed opium to treat a variety of diseases, from physical pain to mental health issues, with opium smoking gaining particular popularity in the 18th Century.

Opium is a raw mixture of different alkaloids contained in the juice of the seed capsule of the poppy plant (papaver somniferum). When the capsule is ripe, incisions are made in it, from which the milky product (or ‘latex’) oozes out. The resulting sap is collected and allowed to dry in the air, forming a brown and sticky mass. For its consumption, it can be dried further or boiled in water for several hours to remove insoluble materials.

Opium gum is produced mainly for the manufacturing of heroin in illegal markets. Only India legally produces and exports opium latex sap, extracted using manual procedures, while other countries that participate in the legal market harvest the whole plant mechanically and then extract the alkaloids using the ‘poppy straw method’, by which dried seed stalks are crushed using machines. The seeds are removed for food products and the morphine alkaloid is extracted from the crushed capsules/pods. The poppy straw method is used to supply 90% of the legal morphine at a global level.

The effects of smoking opium are essentially those of morphine, the main alkaloid contained in the gum, and are virtually identical to those produced by other opiate or opioid drugs. Smokable opium takes effect in the organism in a period similar to injecting heroin. The main short-term benefit is relaxation. According to a study of 618 opium users from the Northwest Frontier Province of Pakistan, the average daily dosage of opium used by an individual smoker was 4.7 grams, but the range varied widely from 1 to 24 grams per day.

Some possible side effects in the short-term may include analgesia, euphoria, nausea, weight loss, constipation, pulmonary disease, and dependence. Although smoking opium does not induce sharp hallucinations, it has sedating, analgesic, hypotensive, and antidiarrheal effects, and can also induce a dream-like state.

Studies have shown that injecting drugs is the most harmful mode of administration for numerous reasons, such as the transmission of blood borne diseases, or the possibility of experiencing overdoses. Smoking the same drug greatly reduces the risks associated, particularly when there is some uncertainty regarding the purity and quality of the substance being injected. The risk of accidental overdose, gangrene, fungal infections, ulcers and the transmission of HIV, Hepatitis B or C is considerably reduced when heroin or opium are smoked, rather than intravenously injected. Although smoking can increase certain lower-level risks such as asthma, feedback from clients in studies from this method of use has generally been positive. Offering the option of smoking rather than injecting should be standard fare for harm reduction sites.

How to permit legal opium under the international conventions

The international drug control treaties, specifically the 1961 Single Convention on Drugs (SCD) does provide a pathway to legal markets, provided it is for medical or scientific purposes. A country could choose to undertake the cultivation of opium poppy production, duly notifying the International Narcotics Control Board (INCB) and establishing a government agency to oversee all aspects of the production chain, including the exportation to countries with an interest in providing a harm-reducing alternative to the illegal injection drugs market. Although we advocate for the full, legal regulation of all drugs for adult use, a poppy cultivation pilot project to export opium products could occur more quickly within a medicinal, therapeutic or research framework.

Numerous countries have implemented medical heroin programs (including Switzerland, Germany, and the UK), However, this policy proposal would also integrate a diversity of products and economic opportunities for communities that cultivate, rather than a pharmaceutical model that usually maintains such benefits within a singular company.

If Mexico were to opt for regulating opium for medicinal use, the country would send a notification to the INCB, identifying the area and geographical location of cultivation and the approximate quantity of opium that will be produced. A government agency would need to oversee all aspects, including determining licensed cultivators and administering the harvesting of the production. This agency could also integrate social equity mechanisms to ensure participation of communities most impacted by prohibition. The agency would have exclusive rights to import, export, and wholesale as well as maintain stocks and licenses held by manufacturers of opium alkaloids and medicinal opium, as defined in the 1961 SCD.

The Mexican government could be responsible for quality testing, analysis, and exportation; this legal framework would then permit other countries to purchase poppy tea, opium gum and other opium-based products (including heroin) from the country, as a life-saving harm reduction complement. An import and export authorization or certificate would need to be issued by the appropriate and relevant authorities in both the import and export countries.

Although most of the economic gains of the illegal heroin market belong to political and criminal groups, poppy is a major source of supplemental income for cultivating communities.  The regulated production and commercialization of the plant in Mexico, which is the world's third largest producing country would increase the opportunities to provide fair wages to these families, who use this income to pay for their basic needs, including medical bills and school for their children.

At least 59 municipalities around Mexico cultivate opium, with the majority in the state of Guerrero. Continued conflicts between the military and criminal organizations in these areas has brought violence, corruption, lack of rule of law, impunity, internal displacement and numerous human rights violations. Legally regulating the production of poppy and opium gum would mean that the government could no longer threaten communities through forced eradication or criminalization, but rather, would provide them with greater economic independence.

Allowing for the legal production of poppy and opium gum would mean cultivating communities could legally protect their right to work, and all its encompassing benefits. A pilot project for the legal regulation of opium gum that envisions a social justice approach would include bring in vulnerable groups, especially youth and women, as well as repairing the harms of prohibition through licensing exclusivity. Providing a legal framework to work safely and with dignity would allow these families to access other basic services, such as education and healthcare, as well as reduce displacement and conflict caused by the militarised response to the prohibition of this industry.

The safe supply of opium gum and manually extracted heroin could improve harm reduction and treatment options worldwide, while providing economic opportunities for communities that cultivate poppy. People who use drugs, particularly those that inject drugs, can and must be provided with a broad range of products, including opium that can be smoked or eaten. Once people have a spectrum of options, they might choose to reduce injecting and, in that way, reduce undesired health consequences such as abscesses, overdoses or disease transmission. Offering a wider range of products, including poppy tea and opium gum, as well as heroin, would better meet the needs and rights of people who use drugs.

For communities that currently cultivate, the legal regulation of opium production would be a lifeline of economic stability and the opportunity to enter a formal industry. This would have positive repercussions on their intergenerational accumulation of wealth, access to schooling and services, as well as a reduction in criminalization, law enforcement abuses of power, and general conflict. By putting development and harm reduction at the center, countries could work in conjunction to achieve indicators related to social justice, economic development, and access to health.

There is no moment like the present to begin designing and implementing bold policies.